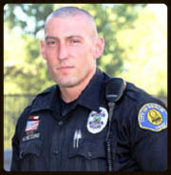 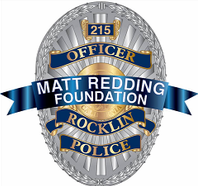 Matt became a Rocklin Police Officer in 2001.  He was dedicated to keeping our community a safer place for all of us to live. Matt was a firearms instructor for his department and a member of The Rocklin/Roseville SWAT Team.  He specialized in drug and alcohol detection.  Matt was the recipient of the MADD Award in 2004 for having the most DUI arrests in Placer County.  He was also the recipient of the Life Saving Award and the Bronze Metal of Honor. Matt loved his job, his family, and the community he grew up in.  He worked hard and was an extremely focused and dedicated officer whose efforts had a positive impact on an entire community.  Matt gave his life while dutifully serving the community of Rocklin when he was tragically and fatally injured by a drunk hit and run driver on October 9, 2005 on Highway 65.  Matt was closing the N/B lanes of Highway 65 to assure the safety of other officers further up the road who were conducting a felony traffic stop.  Learn More